I’m still here! I hope everyone is enjoying the holiday season. Here at the Napa Project, we were in a deep freeze for a week, I was even calling it Canadian cold! Hopefully none of our fruit trees were damaged by frost. I did cover up my veggie garden. Today it is a balmy 60 degrees. Go figure.

I was hoping that I would be showing you our sandblasted redwood ceiling much sooner. But we were waiting for our painters to come out  and retouch the beams. They were roughed up from the sandblasting, as were some of the walls. The thing with finding a good contractor, painter, landscaper etc is– the good ones are always busy! So we were on hold until last week when they touched up the beams, ceilings and walls.
I’m still on the fence with the sandblasting. The mess was – a nightmare. And the wood looks much rougher than I thought it would. However, the water stains are gone! 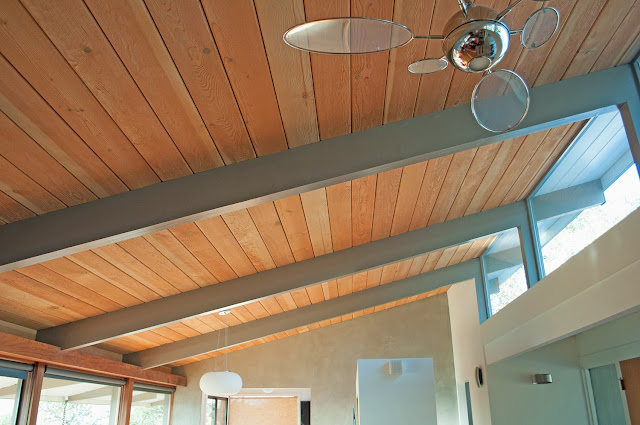 Here is a close-up of the wood, you can see the pitting from the sandblasting, giving a rough appearance. 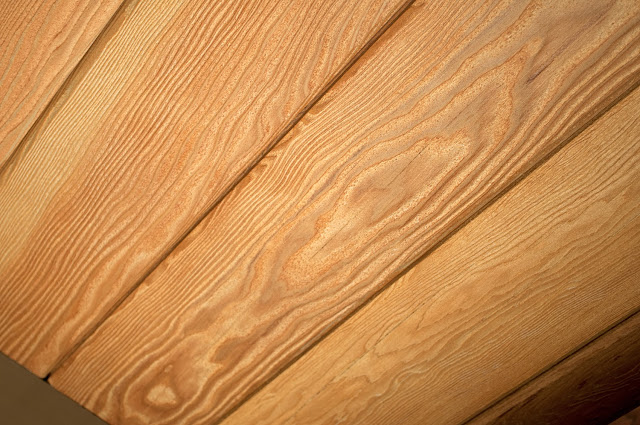 Our painters sampled a shiny water based varnish and a matte finish. I wasn’t too thrilled with either. In the end, we decided to keep the wood unfinished for now and decide whether to do some sanding down the road. The thought of another mess right now – well, I’d rather stick pins in my eyes!

6 thoughts on “The Ceiling Aftermath”