The closets in the master bedroom are done. I don’t think I have a single picture of the interiors of them before they were redone but they were not much to speak of. Two levels of rods and some chintzy built in drawers on either side.
Here is a picture after they were dismantled:

The mahogany panelling had to be ripped out. Rather than replacing, we both felt a brighter interior would look better. And here they are after they were painted. 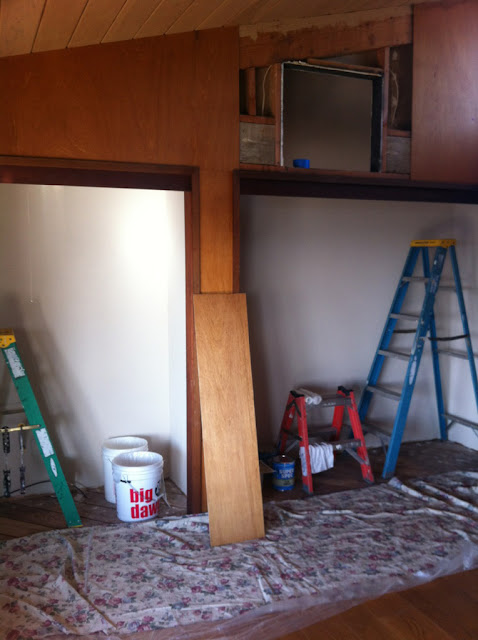 And here they are with the units installed. Not too bad for prefab jobbies from Homey Depot. Cedar flooring was installed as well to repel moths. 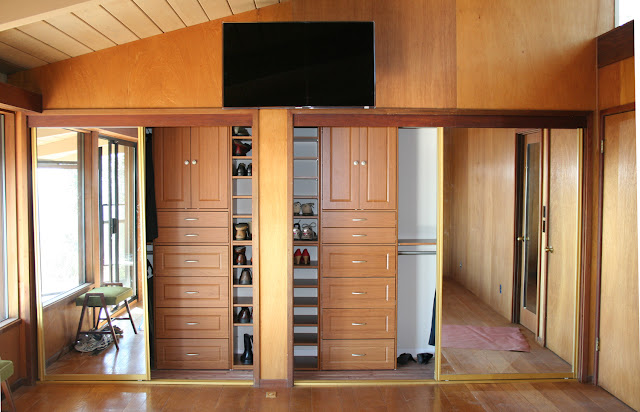 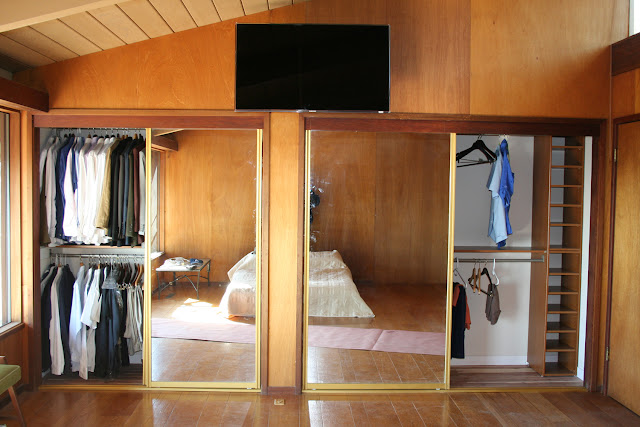 Noticed the flat screen TV? (I freely admit we are television whores). Our contractor mounted it and managed to hide all the wiring. The cable company was out for a full day last week running new cables and installing new outlets. To hide the DVR box in the closet, yet still be able to switch channels, an electronic eye was installed. Sweet!
Now for the mirror doors. I know some people don’t mind them. I personally hate them. I’ve been looking for a way to cover them up in a modern way. I’ve found some sites for  window film or adhesive wallpaper but I would love some ideas.