As I stated in a previous post, the second bathroom was all shades of ugly: 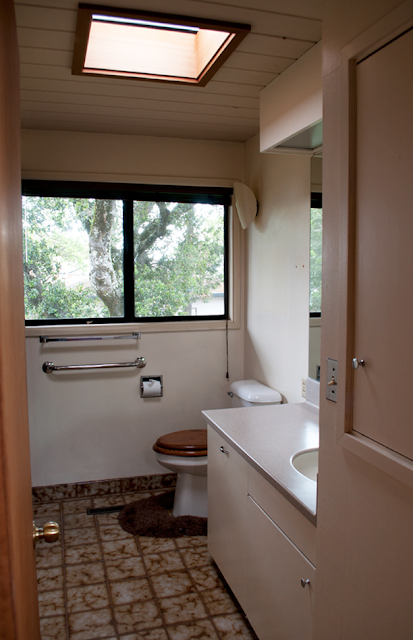 One initially wonders, who picked out that ceramic tile? It looks like someone had a projectile diarrhea accident all over the floor. But that’s just me… 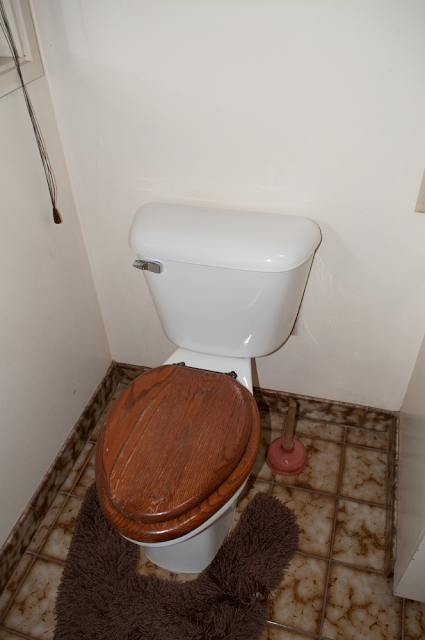 Speaking of which, I won’t go into details about the present left for us in the toilet from the tenant, but he clearly demonstrated how angry he was about having to leave. It was a lovely housewarming gift. Hopefully that memory will be erased from my brain with the remodel.

When we had our inspections done on the house, this is what happened when the inspector ran the shower:

Oh yes, that be water gushing out of the side of the house. Thus the reason why we have never taken a shower in that bathroom.
This week, the demolition of the bathroom began!

Removing the tile was an arduous task for the contractors because it had been GLUED on.

Now comes the task of replacing everything. I freely admit that I find picking out tile and fixtures etc is mind numbingly tedious – maybe it’s just me.