After two weeks with a landscape crew and a lot of manual labor, the property is all cleaned up. We also had a survey crew out to measure out the property lines and elevations. It’s amazing what was uncovered. Majestic old oaks, manzanitas, terracing, railway tie steps and beautiful volcanic rock were all hidden under a jungle. I guess you could say it is now a blank slate for our landscape architect, although we already have ideas and plans in the works.

After I had taken pictures at the house, we had lunch at the Oxbow Market. Amazingly, this was our first visit but we are making it a point to explore somewhere new each time we go to the house. 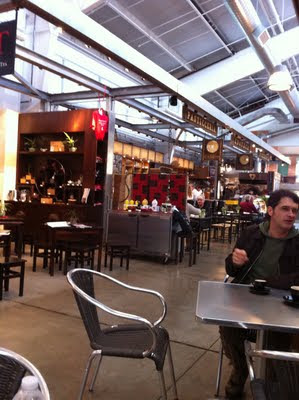 I liked the space, and the railing outside is almost exactly what I want for the decks for the house! There are a number of nice eateries, with more coming. I love that there is a Whole Spice  nearby with to die for fresh and hard to find spices and mixes for my future gourmet cooking. The chili crusted rotisserie chicken at CCasa was really delish! (For any Canadians out there, think Swiss Chalet chicken with a twist)

I was told (by one of the merchants) that this is where the locals hang out. We’ll see. We’re looking forward to checking out the Farmer’s Market held on Tuesdays on Saturdays. Heck we can bike to it!

Now, without further delay, some befores and afters.
TADA!! I took this from one of the streets below with a telephoto lens. That’s quite a cliff we have!!! 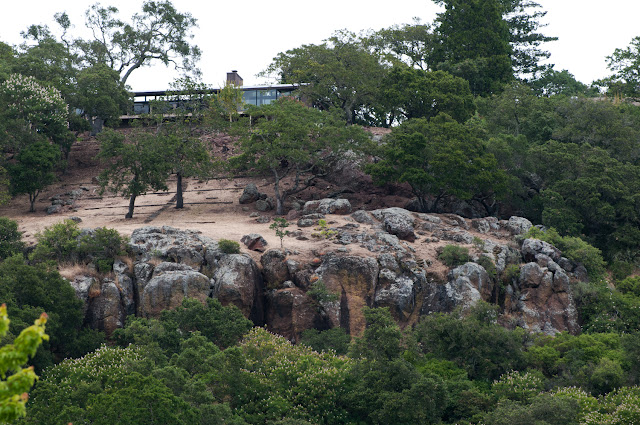 Before – front of house looking down the driveway. Ivy had taken over everything on either side and is a hiding ground for rodents and hornets nests: 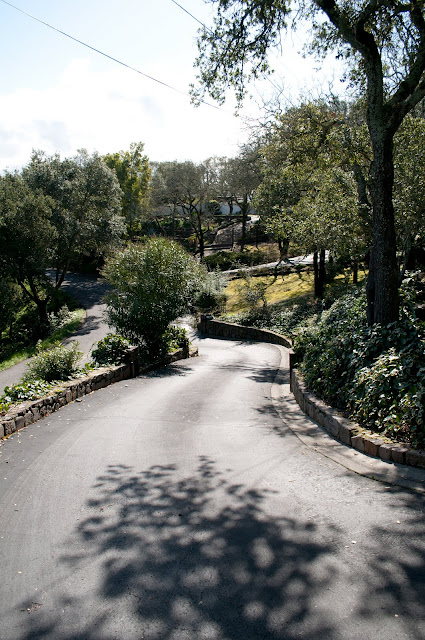 After: All ivy pulled out. This will take some ongoing vigilance to keep it from coming back. Now we can see the stone wall and pillars. A lot are loose from age. We may be doing something with it to give it a more modern look. 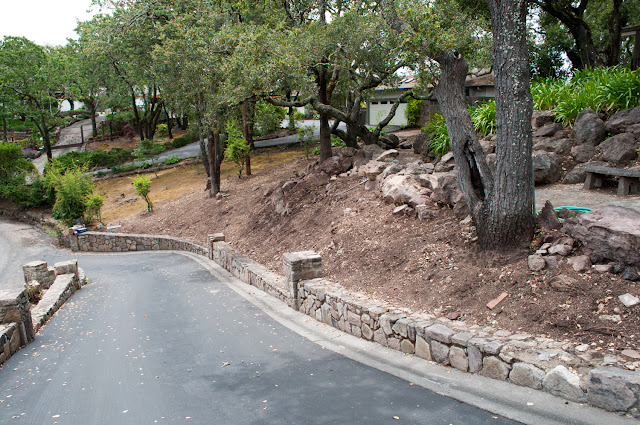 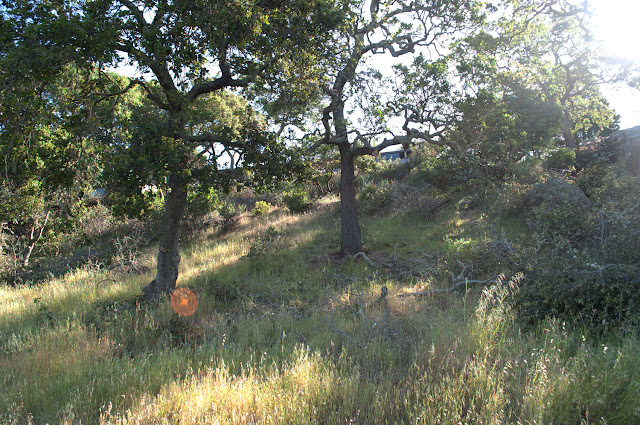 After – Who knew there were stairs?!? 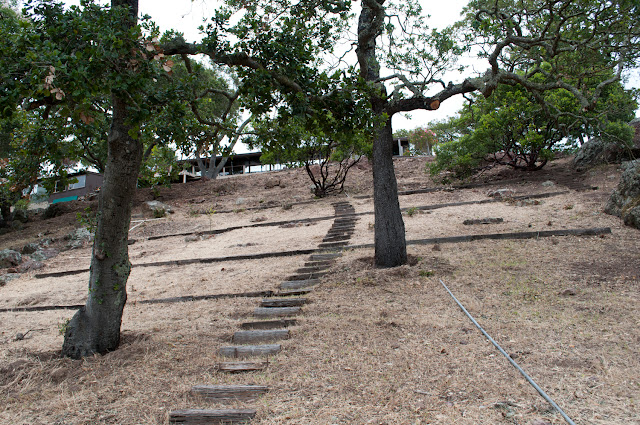 Before: Back of the house. An overgrown mass of juniper and oleanders that were too close to the house and were a fire hazard: 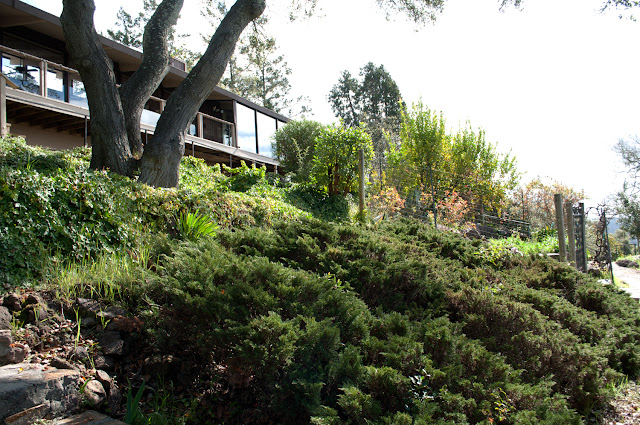 After. Amazing that there was old rock terracing that we didn’t even know was there: 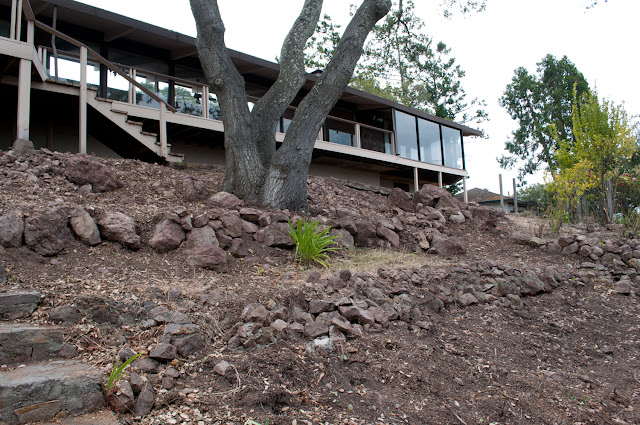 Before – Looking towards sitting area. A lot of overgrown crap, dead branches in piles that had never been picked up. And more ivy. 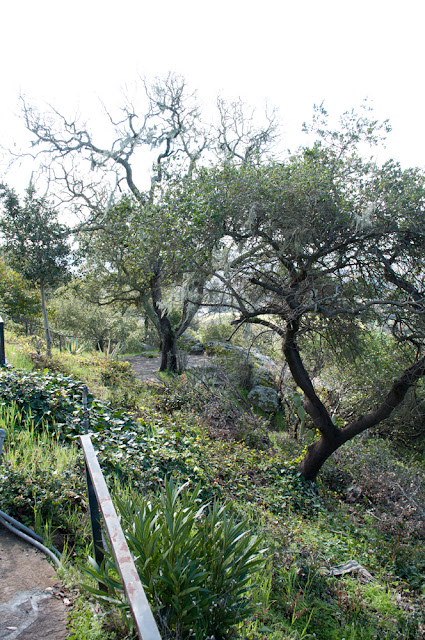 After: What a difference. One oak had to be chopped down, I believe it was dying. Now you can actually see the 2 old manzanitas. 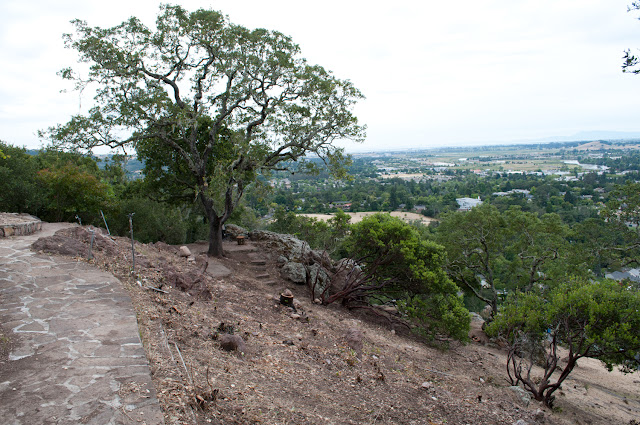 Before: Below sitting area. What a mess! This had been taken over by an aloe vera jungle. Not cute little aloe vera, either. Big, nasty mutant aloe vera plants with sharp spines! This all had to be carted out by hand because the hill is just too steep to get any sort of tractor down there. (Shawn said it reminded him of a scene from the Ten Commandments as they carried burlap sacks over their shoulders in a line up the hill.) 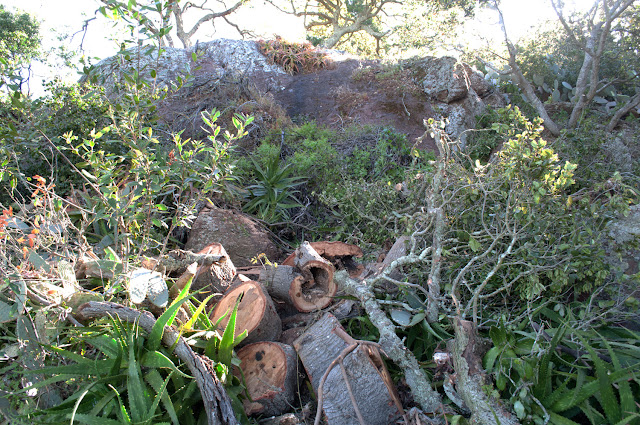 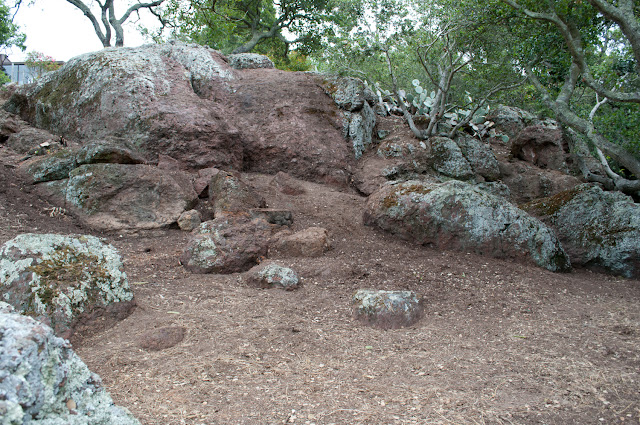 And last but not least, our wood chip pile, from all of the debris that was picked up. That’s more than enough for our future landscaping. 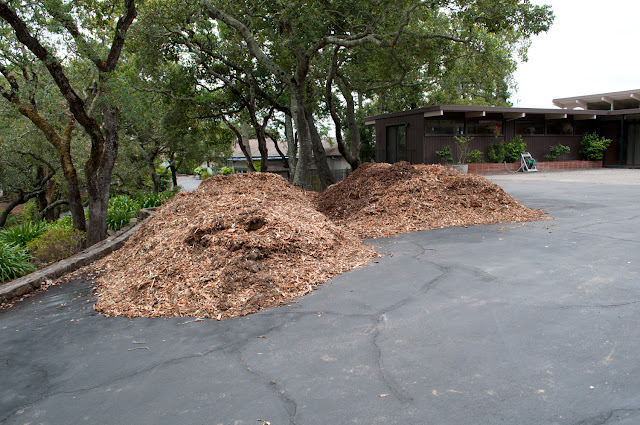 One thought on “The Naked Landscape”