As promised, a walkthrough of the other side of the house, the bedroom wing. This end is still a little up in the air and depends on if we refinish the shed for Shawn’s office right away or down the road. 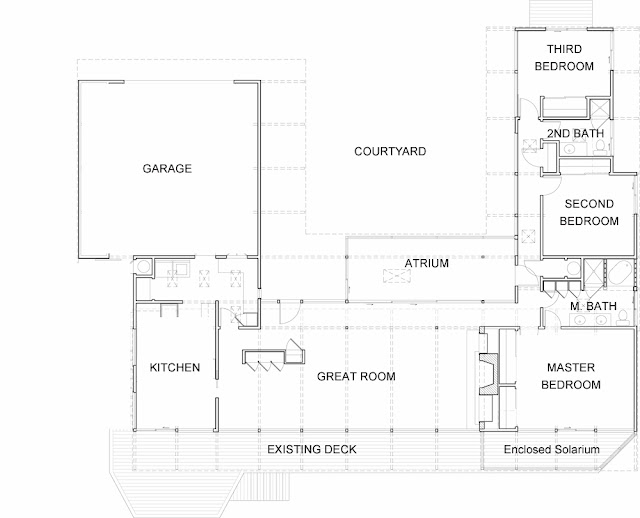 This is the long wood hallway of the bedroom wing: 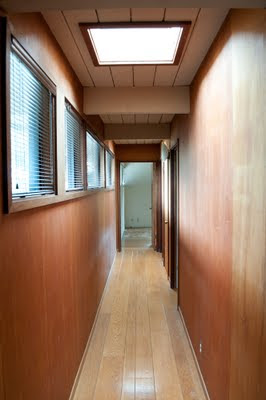 We were tinkering with the idea of extending the windows on the left which overlook the courtyard to the ground. We thought that may expose this side of the house too much. We may still make them a little bigger. There are two skylights which give off a nice diffused light.

Third Bedroom
We decided this would be my sewing room/office since it gets the most natural light. Shawn’s going to use the spare bedroom for now. I think. 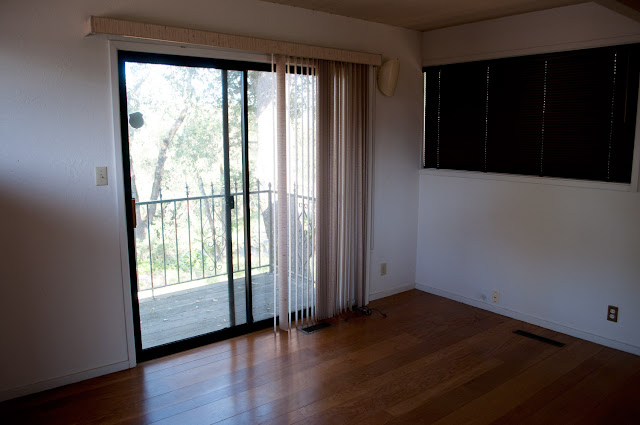 My dream sewing room would consist of a middle island, possibly on wheels, to﻿ be used as a cutting table. And lots and LOTS of storage and cupboards so our young terrorist cat Benny will not drop pins, tear up pattern paper, claw fabric and otherwise wreak havoc – grrrrrr. I love my cat, I love my cat… Second Bedroom
This is the middle bedroom and gets the least light. We are going to make this the guestroom eventually. 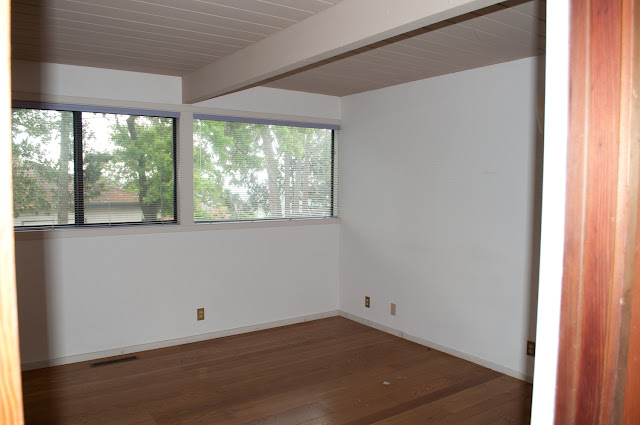 As I was typing this I suddenly had an idea for a murphy bed in this room. That way, the room could be used as a temporary office for Shawn and a guest room if we need it. Like this:
Up 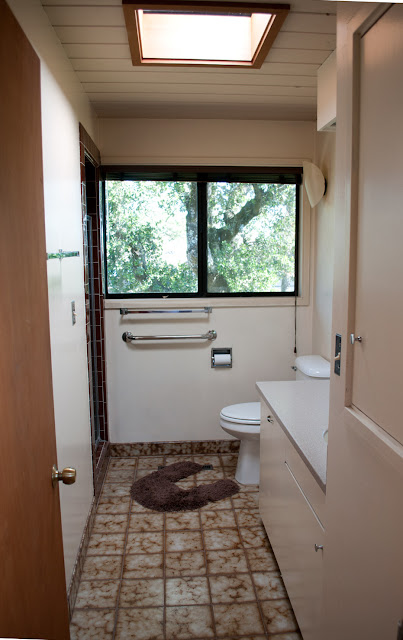 Check out this bodacious colour! (Gag!) 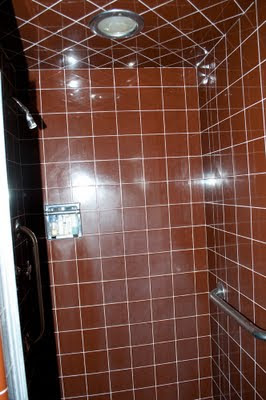 This will be gone gone gone! That color is hurting my eyes! The bathroom will be changed around so that the shower will be larger and will be at the end of the room like this: 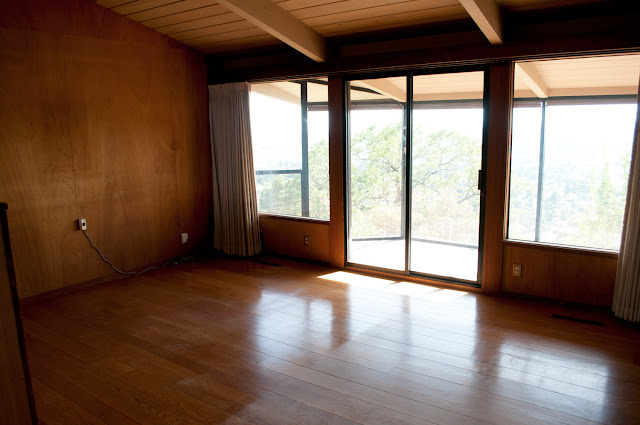 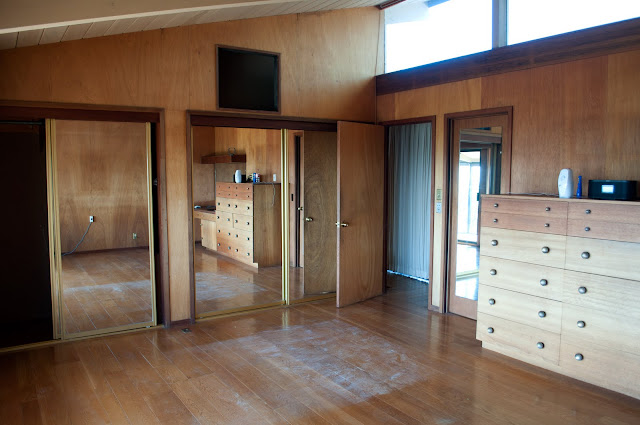 This is still a redesign in process. In other words, I have a million ideas still in my head! The structure will be changing in that the solarium will be taken out and the deck will be extended the length of the house. Sliding glass doors will access the deck and there will be stairs leading down to the garden. There is actually a lot of closet space that will be opened up as well. 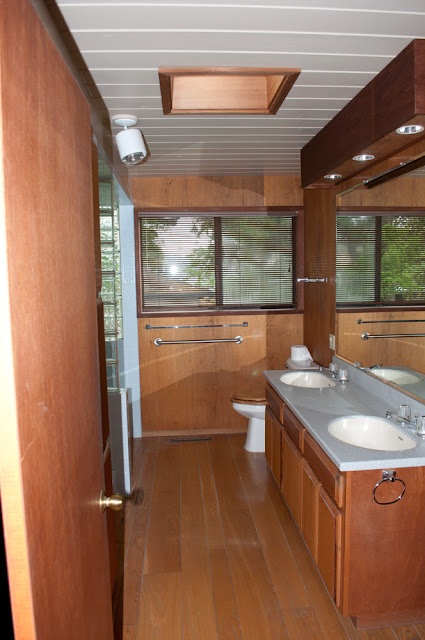 Mid Century Moderns seem to favor a lot of wood panelling. Unfortunately this reminds me way too much of my parents basement. I can see keeping small portions of the wood panelling for accents, though.
The master bathroom has a stand up shower stall and a large square tub. We discovered some empty space behind the wall on the left side so the bathroom will be widened. The tub is going to be taken out to make way for a much larger shower. The toilet will be moved to a separate room towards the front. The counter will be elongated keeping the 2 sinks but adding a vanity area in the middle with a stool: Something along these lines, except I don’t like the black counter:

Still lots to think about and decide on. I highly recommend the website Houzz.com and their app, where all of my idea photos have come from.

2 thoughts on “Walkthrough #2 – The Bedroom Wing”

Welcome to The Napa Project, where I write about our five year remodel of a mid century home in Napa, California.
Full moon Monday. #fullmoon