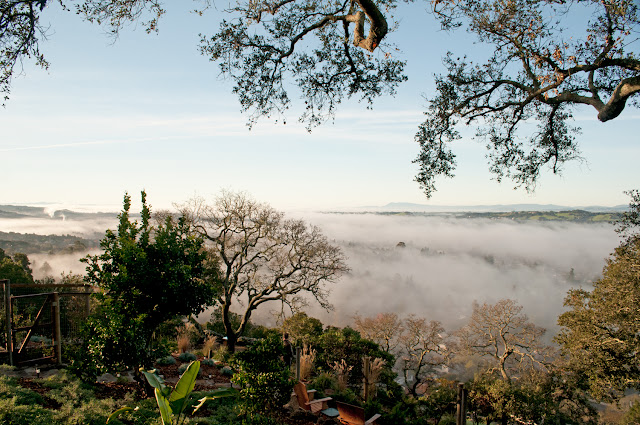 We’ve had 3, count em, THREE major storms pass through N. California in the last week and a half and it has been blustery as all hell here up on the ridge. Despite that fact, there was less debris than we thought there would be, all due to our diligence getting all of the trees taken care of and trimmed after years of neglect.
I now have a chance to show the backsplash (and the new kitchen) that I actually designed myself from Susan Jablon and is now finally installed! I had never heard of the company until after hours of googling ceramic tile. I am happy to give them a plug because I am so pleased with the product. 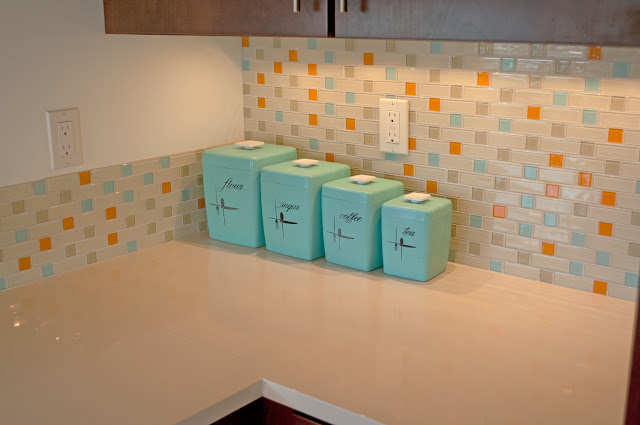 ﻿We replaced the original Jenn-Aire cooktop with a new one. There is a small oven underneath it. The larger oven is pictured and has the microwave above it. Everything is electric, it would have been too costly to install gas and a hood etc.
I just love cooking in here! There’s tons of light with all the windows. 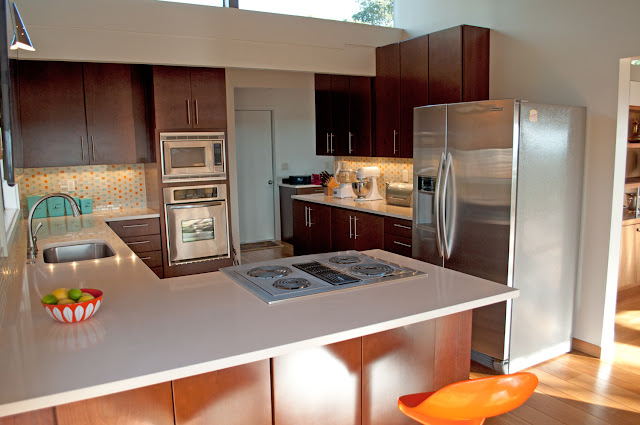 And the view isn’t bad either 🙂 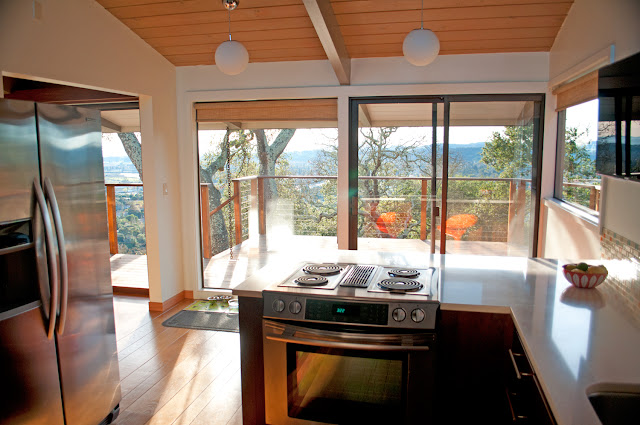 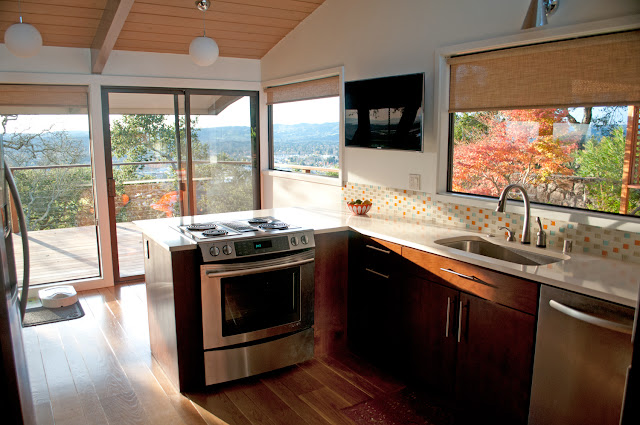 The large tv is still a bone of contention with me. But it’s a ‘guy thing’ (sigh).
This is how it looked when we bought it: 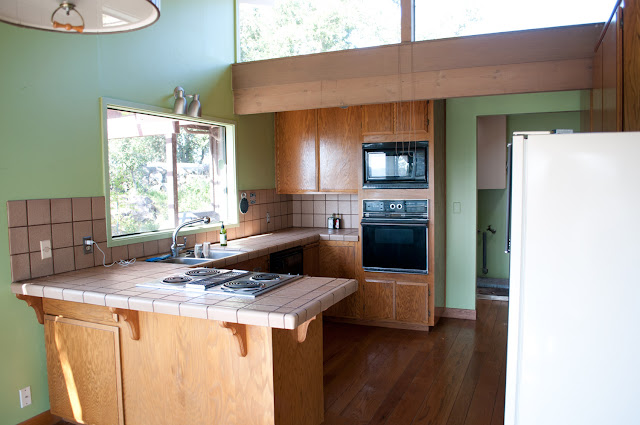 I don’t think anything was original. The cupboards were pretty cheap looking and beat up. And the tile countertop was very dirty looking just because of the filthy grout, despite our best intentions to bleach it. Nothing really went together! 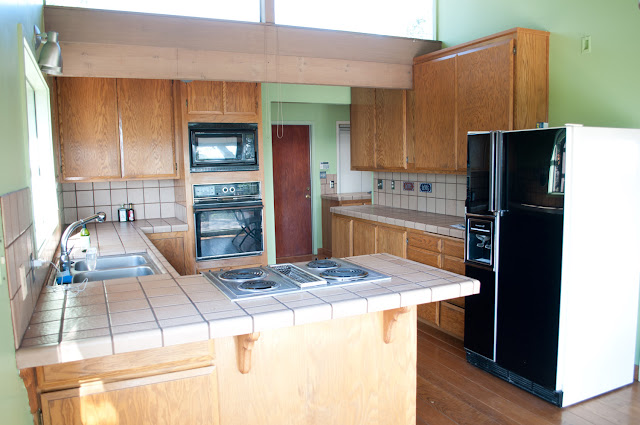 This was the condition of the oven from the lazy pos moocher caretaker that lived here ….yuck! 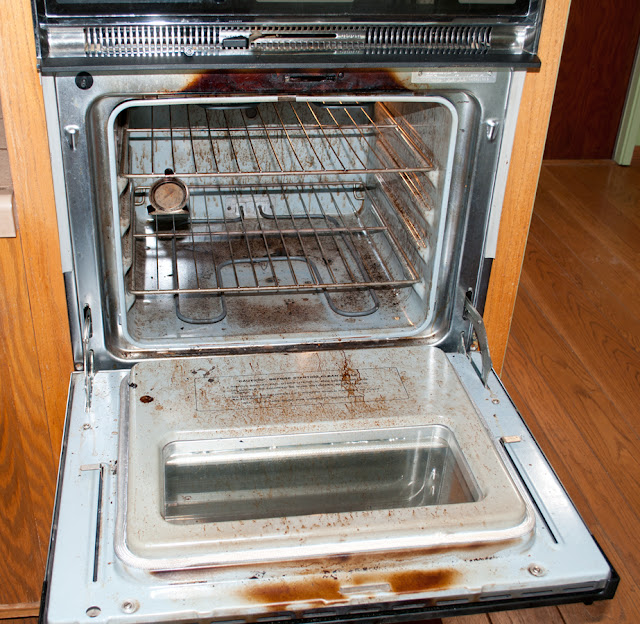 The ironic thing was that there was a full can of Mr. Muscle Oven Cleaner in a cupboard only 3 feet away!!!
I immediately cleaned it, (it took all of an hour) – but we eventually ended up getting a new oven. 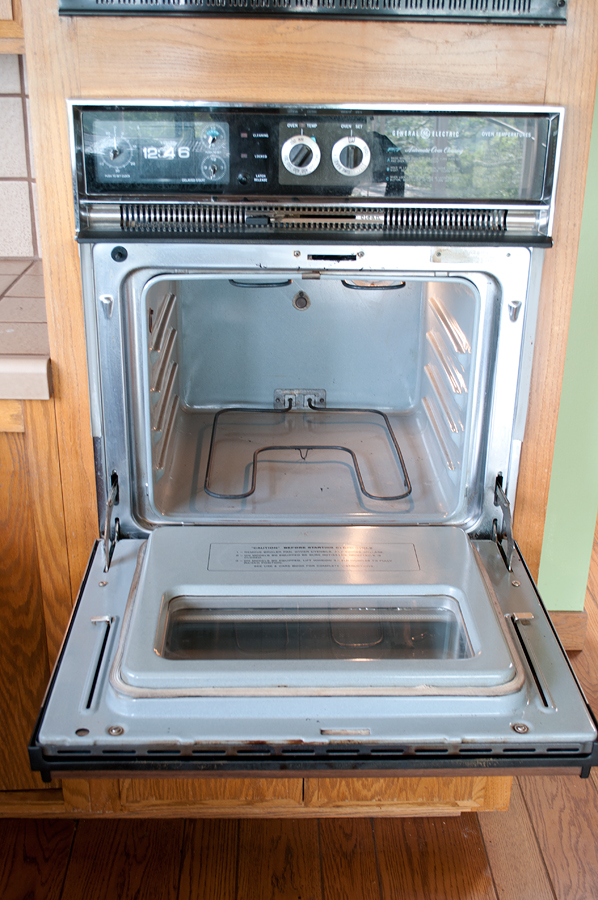 12 thoughts on “Oh, the weather outside was frightful!”