The next step in our courtyard redo was flattening out the dirt and putting up wood boards as a template for the concrete pads. This was done two weeks ago. Yep, I have some catching up to do! 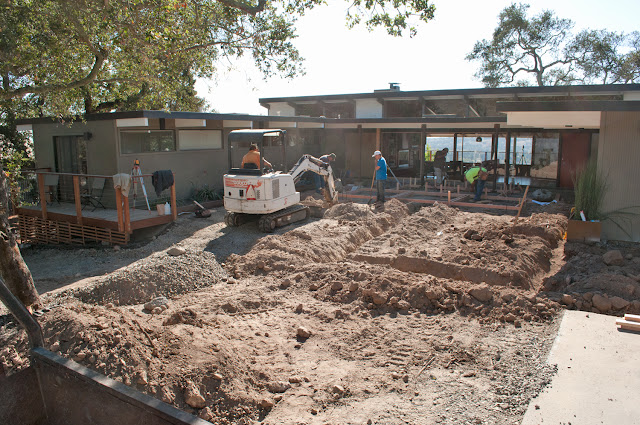 We also needed trenches dug for drainage pipes and gas for the built in fire pit. I can taste the S’mores already! 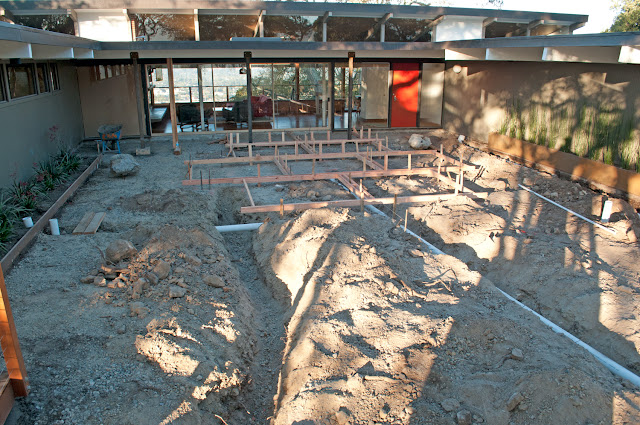 Lasers were used to align everything perfectly. 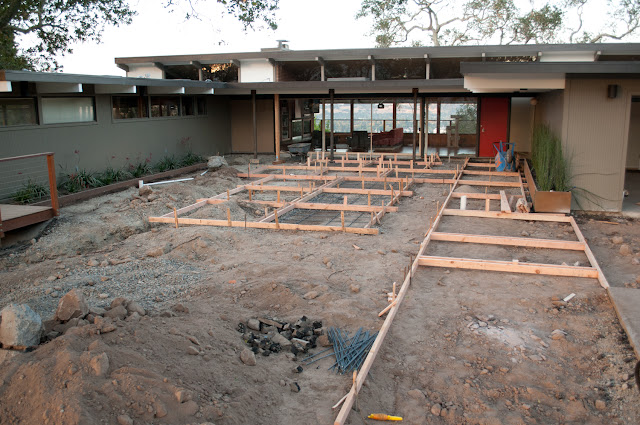 Then rebar was added to the squares where concrete was to be poured. That flourescent line is where our future meandering path is going to go: 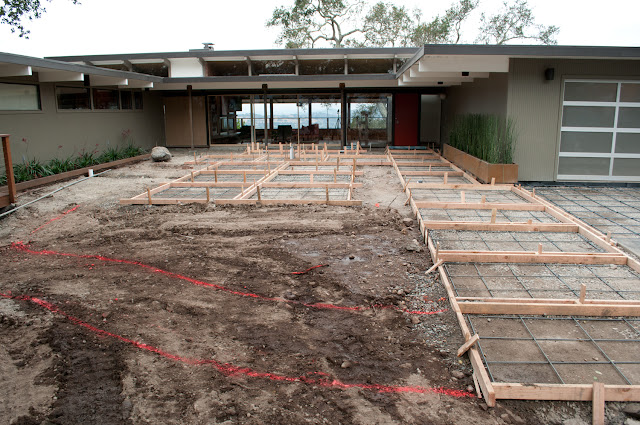 Concrete truck! Which could not make it up our driveway so they ran a long hose up. 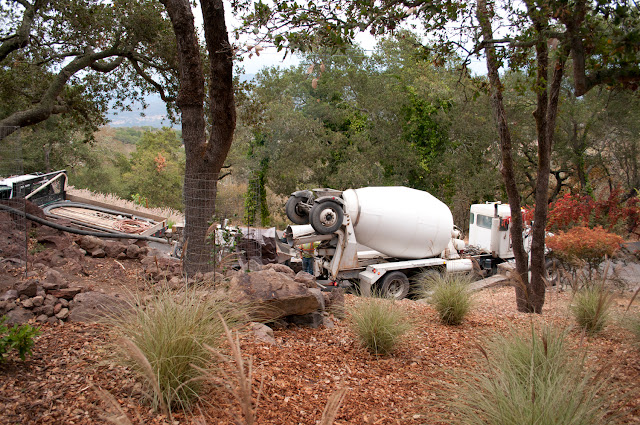 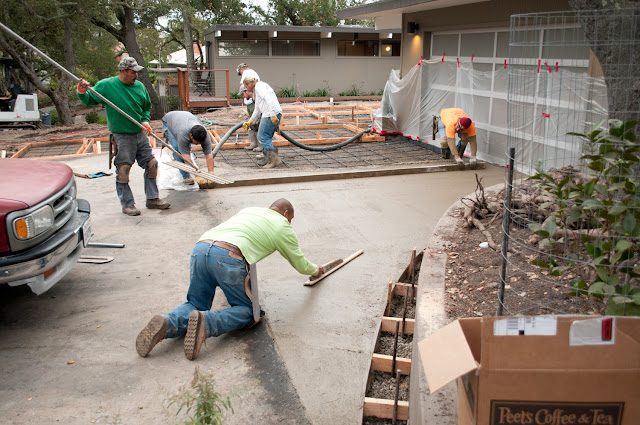 A lot of time is spent smoothing it out 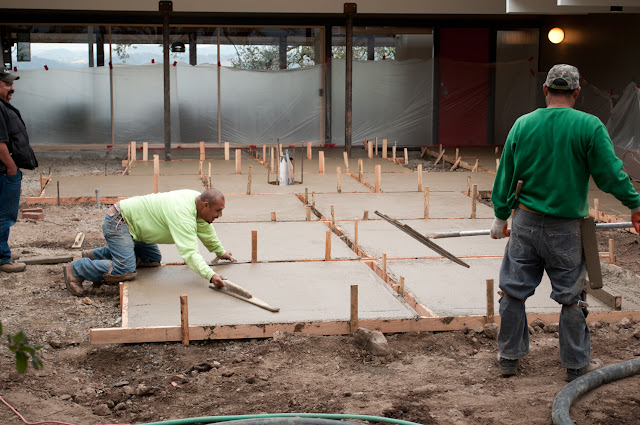 And voila! All poured and just needs to dry. 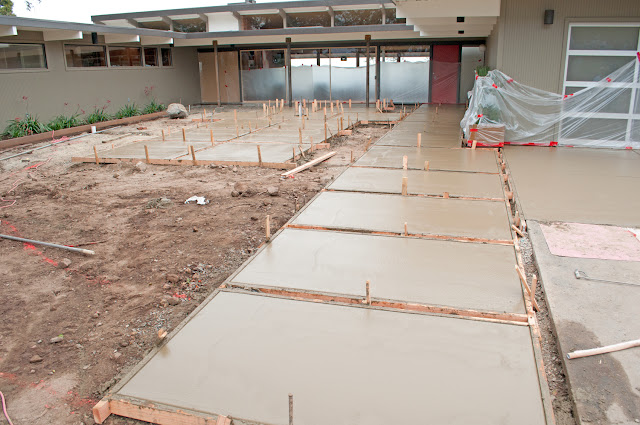 And here is what it looked like last week after it was dried and acid washed: 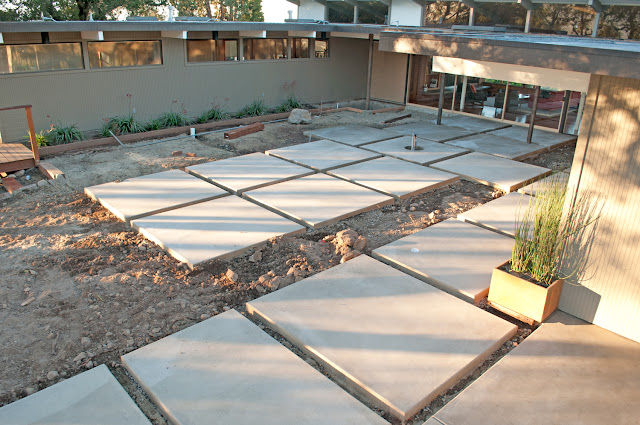 And this is after aggregate was put down and flattened and soil was added where plants are going to go: 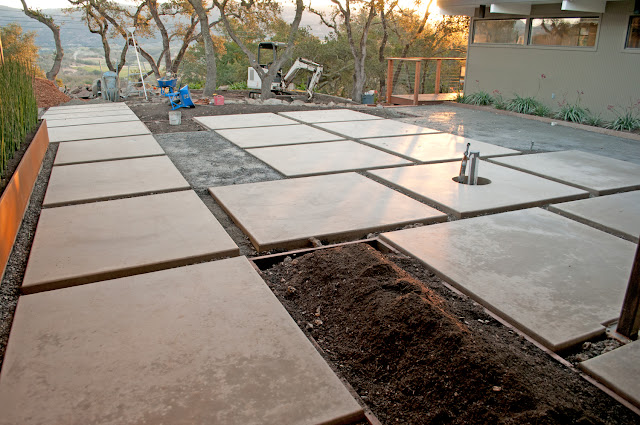 It’s starting to come together!!

What a relief that the garage will no longer flood when it rains! We decided to replace the asphalt in front of the garage with concrete. The 20 foot limb that caused the flooding problem was removed –  as well as the tree, which we discovered from our arborist was diseased with a fungus . 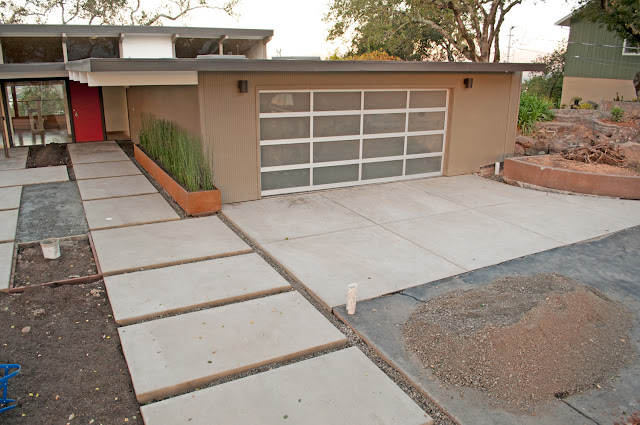 This was the start of our path from the courtyard to the side of the house. 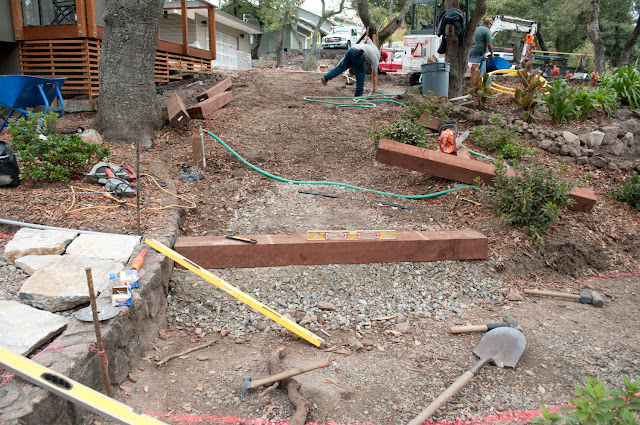 I saw this picture on Houzz, with the wood steps and gravel in between so we decided to go with that look.

Our landscape crew suggesting bordering it with the stone rocks on our property, just like the picture. It was a great idea! 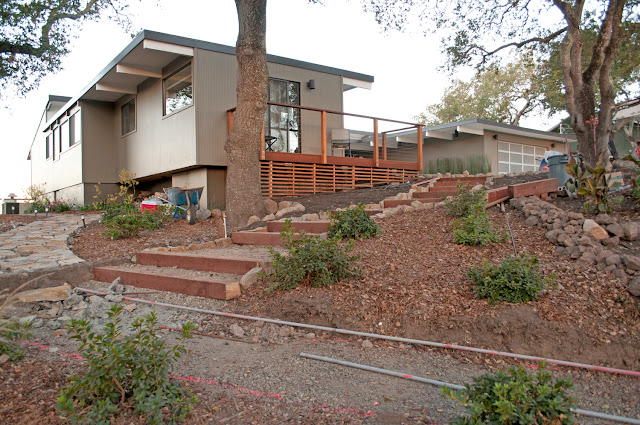 Enrique is the stonemason. He does an amazing job cutting each stone and fitting it into place. Since we are joining an old stone walkway with new, he tried to match it up as much as possible. 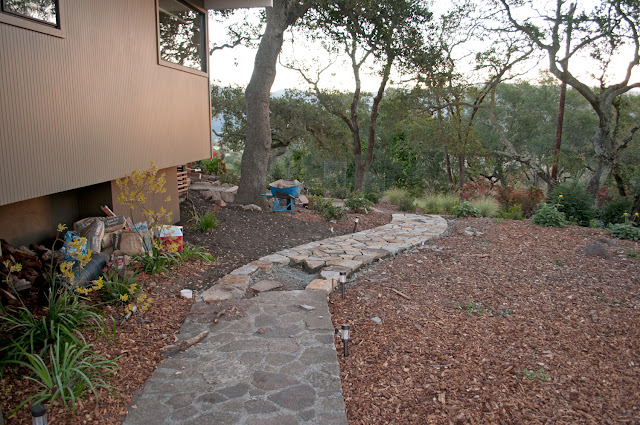 The plants came at the end of last week, so I will be snapping more photos this week as everything gets planted!