Just when I thought it was over!! After hemming and hawing for a month, we decided to bite the bullet and get phase two done now. This will encompass completing the exterior work in front and back.

1. The Front
The amount of asphalt and concrete in the front has always bothered us. Given the fact that there’s just the two of us, this expansive asphalt driveway was too much. It took away from the natural zen atmosphere we’ve been trying to create.
Work began last week removing all of the concrete from the courtyard and asphalt to the left of the blue tape in this picture. Also the floor of the solarium that we had taken out in the courtyard. Jackhammers and bulldozers at 7:30 am are not the most fun thing to wake up to. (Are they anyones?) It’s just grin and bear it and keep thinking of the end result. 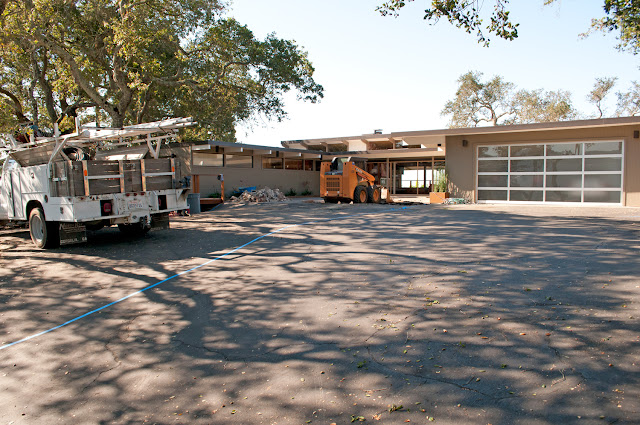 We’re going to replace it with concrete pads, gravel pathways and plants. We’re hoping for a look similar to this…minus the plants in the back (can’t block that view!): 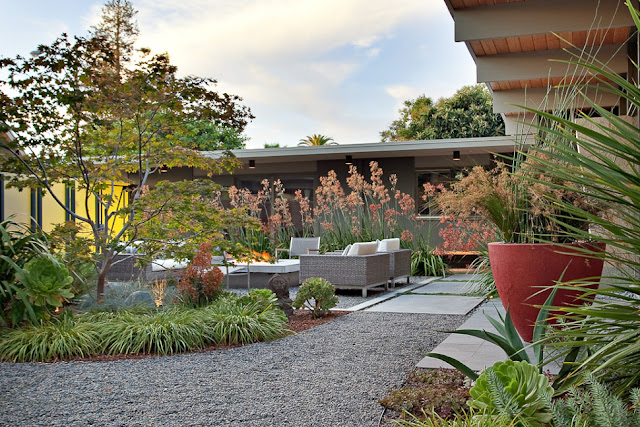 2. Right Side of the House

Who knows if the pathway was larger when the garage was a carport. In any case, you have to hold onto the side of the house or you lose your balance getting past those large boulders! 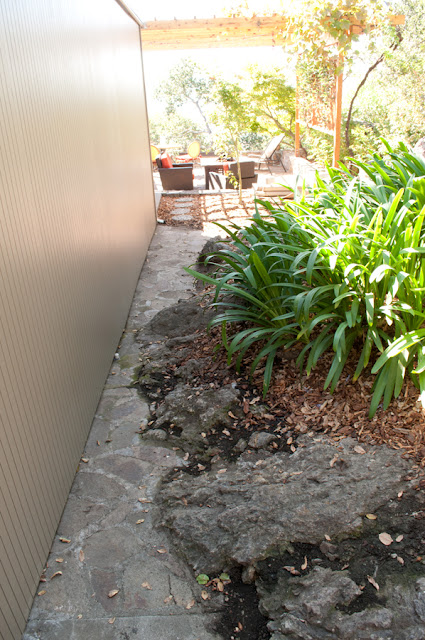 We’re going to take the concrete out, jackhammer the boulders and make a nice lodi gravel pathway. (One that is wide enough to hold a glass of wine and not lose ones balance)

3. Left Side of House

Taking out the pathway that was to the left of the tree going to the driveway and putting it in further away from the tree, thus giving the tree some breathing space. Joining the path from the front rock area to this path as well. 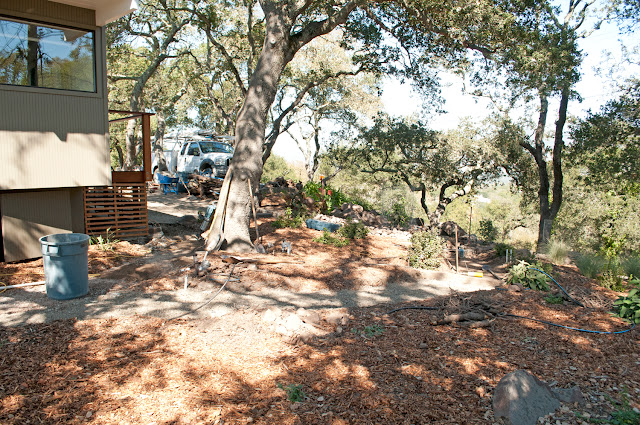 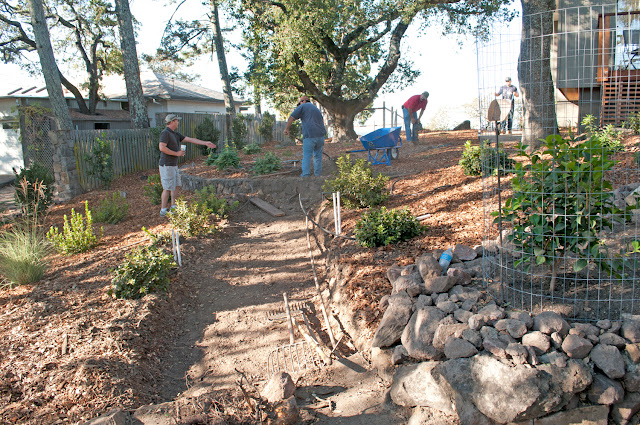 4. Back of the house
We call this area the lanai and it’s stuck. The lanai has been a tangled mess of broken concrete since we broke it apart and used pieces for other parts of the house like the stairs. It also allowed the beautiful old oaks some breathing room. With phase 2, we are going to get the rest of the concrete out and put in a lodi gravel in the middle. Our landscape crew suggested bordering it with the boulders found all over the property, which was a great idea. 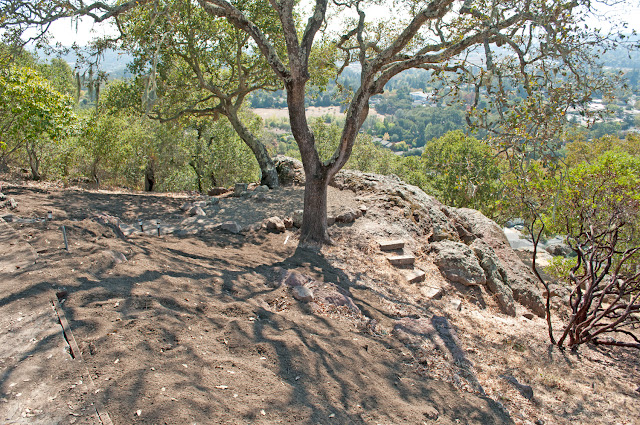 I will be posting more pictures as we progress!